Warning: Use of undefined constant type - assumed 'type' (this will throw an Error in a future version of PHP) in /home/customer/www/so2018.com/public_html/wp-content/themes/SUMMER18/functions.php on line 441
 Update for Day 3 - 2018 Special Olympics National Summer Games
Skip to content

Medals for powerlifting were handed out, as well as some athletics and swimming  Athletes with competition outdoors were given respite from the heat in the afternoon while competition was suspended due to the ongoing heat advisory  Friends and family were treated to a BBQ and some evening entertainment at a local school

All powerlifting athletes from Alberta received medals in all of their events, including Scott Pagenkopf who is attending his first National Games. Scott squatted a personal best of 185kg and won a gold medal (he can also deadlift an astounding 500lbs!). Alberta Athlete Christine Sullivan swept her division and won gold in all of her events  Team Newfoundland and Labrador soccer athlete Shaughn Connors has lost 50.5 pounds training in the lead up to these Games. He says it makes him feel “amazing!”   Team PEI softball athletes have two members of the team who attended the first National Summer Games that Nova Scotia hosted in 1994! These Games will be one of those athletes, Tommy McGuigan’s, 17th National Games!   Healthy Athletes has screened over 600 athletes at the Games over it’s first two days of screenings  Team Halifax and Team Ontario went into double overtime during their basketball game. Ontario came out on top, winning 27-24.

The Special Olympics Canada 2018 Summer Games are taking place in Antigonish, Nova Scotia from July 31 to August 4, 2018. The Games will host 1,025 athletes and 315 coaches and mission staff from across Canada.

This message is only visible to admins:
Unable to display Facebook posts

BREAKING: We are proud to announce that @AvrilLavigne has officially joined our team as a Global Ambassador!

See why our movement is a perfect fit for her ➡️ https://t.co/Yw35lCuT2f. #InclusionRevolution 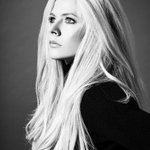